We completed our first race ever.

For 2019 I had a few goals in mind for New Years Resolutions, and being more active was one of them. Then 2 weeks after the New Year, my friend invited me to do a race with her in Canada. I signed up for the 5k with hopes that I would be able to at the very least, not pass out in the middle of it. 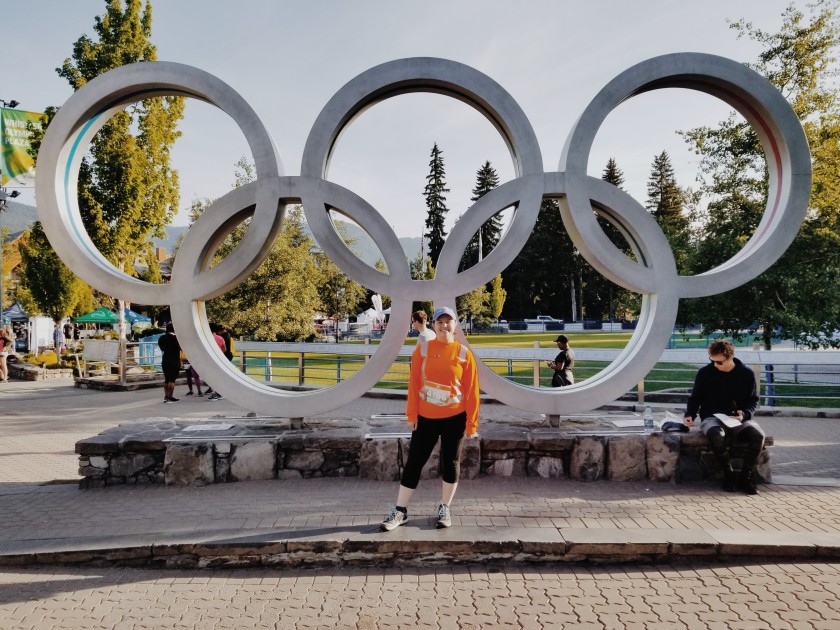 For the past 5 months, I trained as much as my body would allow and set many personal records. Which wasn’t too difficult, as I have never run in my life. (You can read more about that in my half-way update from a few weeks ago.) All that training led up to this past weekend when we finally raced!

Zach and I ran the 5k while our other friends ran the Half-Marathon.

It was a beautiful morning, the trail was gorgeous, and guys… I loved it. I was really hoping to hate it so I never have to do it again, but I absolutely want to keep doing races. I don’t think I will ever run a Half-Marathon, but I think if I keep practicing I could actually run a whole 5k with no walking and maybe even be competitive. 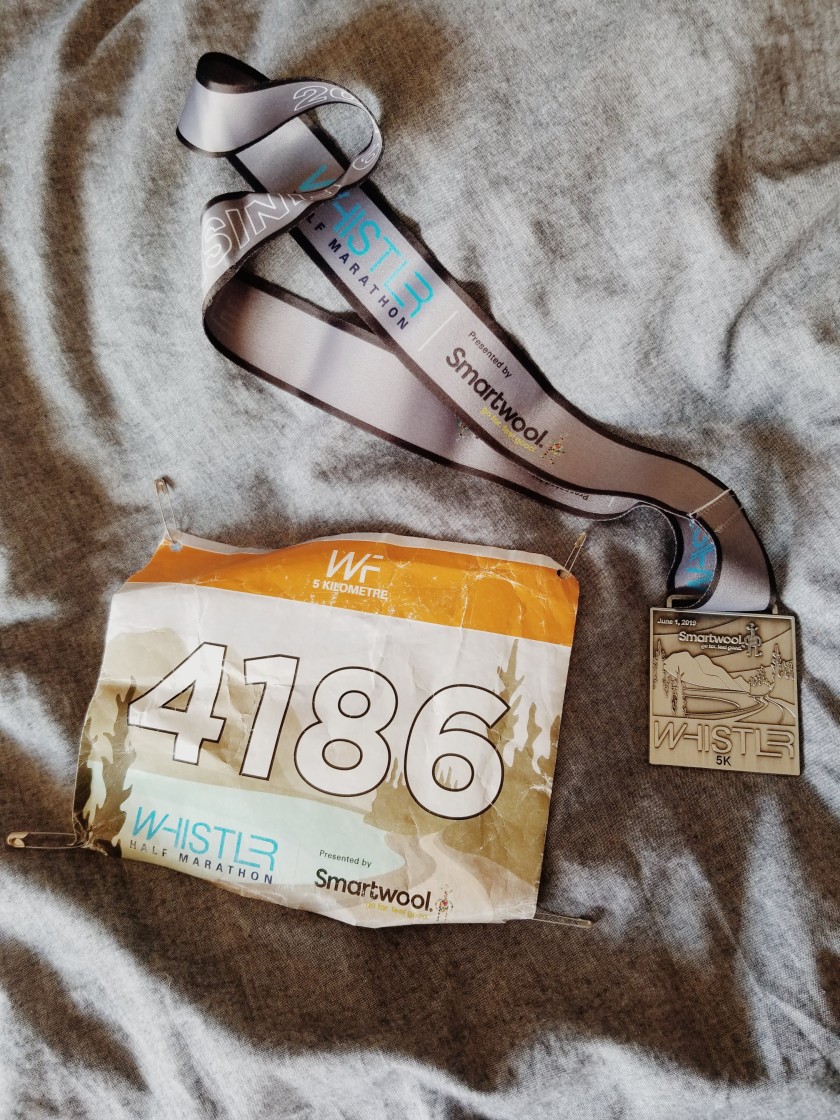 This year has been a bit difficult emotionally for me, and full of small wins of telling myself that “I did it”. That small phrase has meant so much to me this year. Learning to run and following through on something I never wanted to do has been amazing so far, and the year isn’t even halfway over! All that to say, I am just so thankful for a body that can run, friends and my husband who encourage me to get out and go, and that it is never too late to try new, hard things. 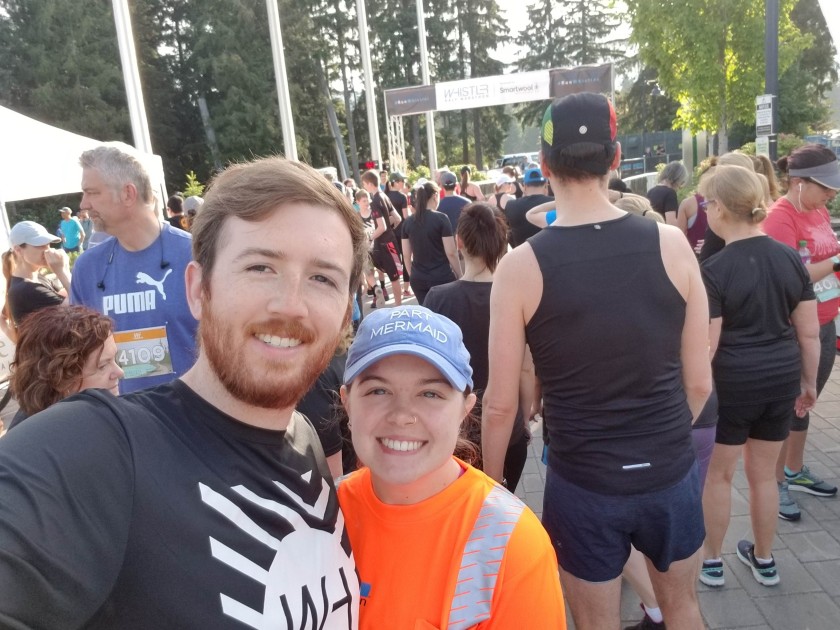 Zach and I started at the starting line together, but he is a much faster runner than I am (and has long legs!) so we did not run together. He ended up getting 4th in his age group: Men ages 20-29! So proud of him!

The trail was absolutely amazing! Tall trees aqua rivers, and a mirror-like lake… Canada was showing off for us! 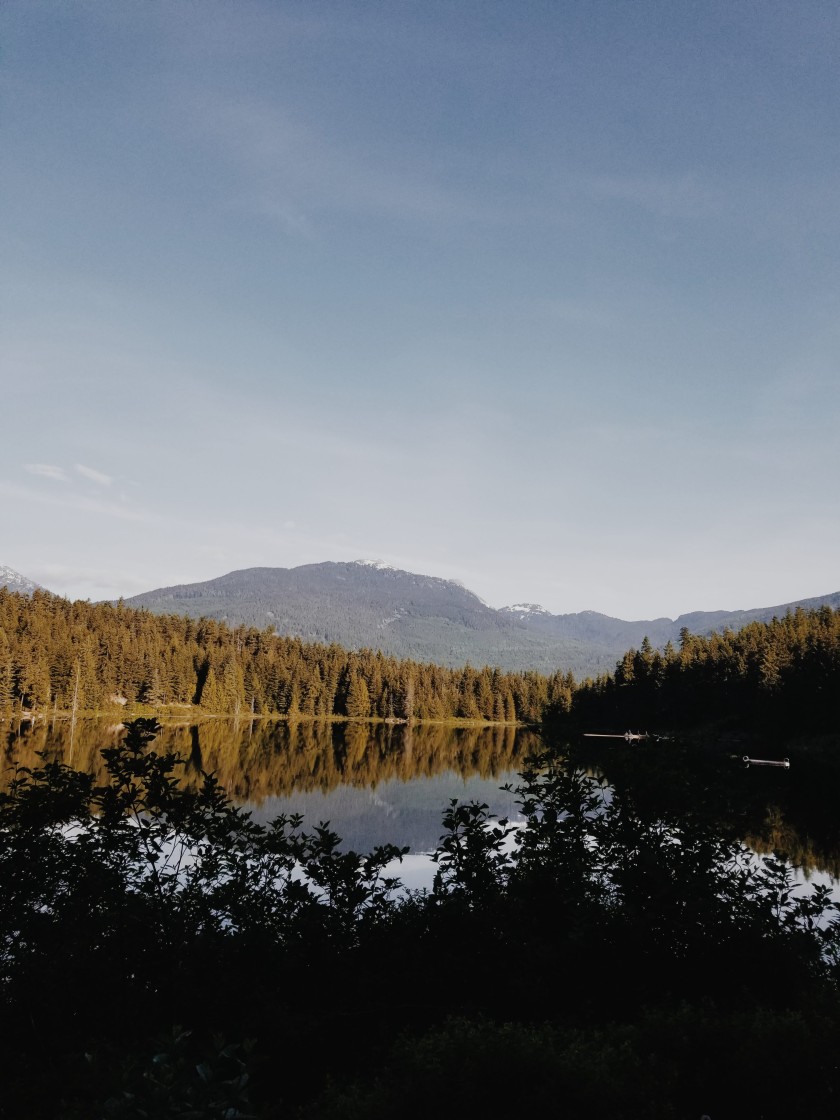 We were out there early enough that the sun was still low and the lake was perfectly still. It was breathtaking (Just kidding that was from the run. Haha!)

I did it! My first race completed!

Zach did it! It was his first race too!

Our crew was the best! They were all so encouraging and fun. We had a great time and will hopefully do another race together. I am so proud of all of us for finishing our races, even though they just about killed all of us. On to the next.

I write for fun and to keep up with memories I make with others. View all posts by Chelsea Yell

We are Zach and Chelsea Yell, lovers of the outdoors and still somewhat homebodies living in Seattle, Washington. Follow us as we adventure the PNW and navigate life as twenty-somethings.